On the eve of the Cosmonautics Day, Power Machines released a film about the participation of Leningradsky Metallichesky Zavod (LMZ) in the preparation for the first manned spaceflight. More than 60 years ago, LMZ workers assembled and tested the launcher of the famous Gagarin's R-7 rocket. 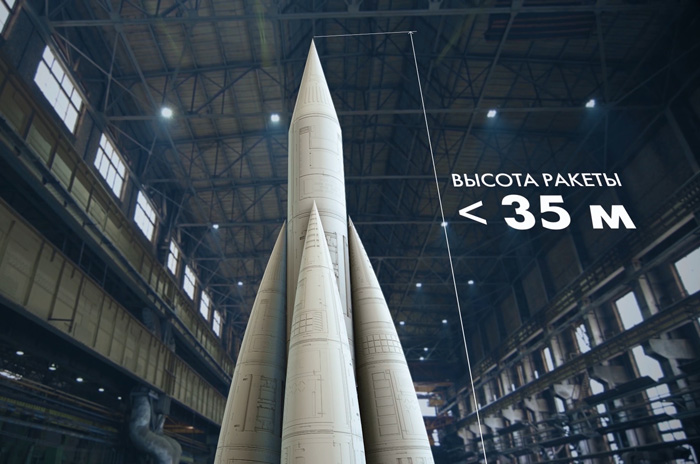 The information for the film was collected from various sources, including the plant's archives and recollections of former LMZ employees. The film tells us how in 1956 the plant assembled and tested the launcher for the R-7 rocket – the one that put into orbit the first artificial satellite of the Earth, the "Sputnik-5," with Belka and Strelka on board, and became the prototype of Gagarin's "Vostok".

It was only possible to assemble and test the launcher together with the rocket at a site of certain parameters. We looked for it all over the country and found it in Leningrad. The steam turbine shop at the LMZ met all the requirements: a height of almost 30 m, overhead cranes, and a shaft with a depth of about 18 m to partially accommodate a life-size rocket.

A launching assembly for space rockets is a combination of complex units, devices, and engineering facilities, not found in the world practice at that time. It was not an easy job—it was held in utmost secrecy and the plant workers did not know what role LMZ would play in preparation of the first manned spaceflight even a year after this historic event—when Yuri Gagarin came to the plant for a visit.

"There is a good tradition at Leningradsky Metallichesky Zavod – to set high goals and achieve them. And, speaking about preparation for the spaceflight, this tradition can be understood both figuratively and literally – it was a high goal in all senses," says Vladimir Shur, director of LMZ. "We were striving for the stars, taking on something new and extremely challenging. Of course, a lot of time has passed since then, and flights into orbit have become, in general, quite commonplace. But in the rich history of the plant, the work on the installation for the Gagarin launch remains an epochal event. And we are proud that the first steps into space were taken at our company as well.