Power Machines summarized the results of the Techno Challenge open technical competition organized for developers of control programs and manufacturing processes. The winner was the team of employees of the “Leningradsky Metallichesky Zavod” (LMZ), which is a part of Power Machines. 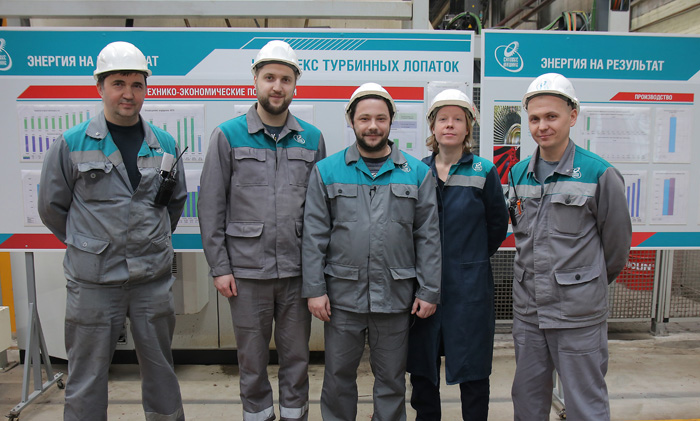 The implementation of the mechanical treatment technology proposed by the winners of the competition allowed them to reduce the labor intensity of manufacturing the set of blades for steam turbines K-1000 and reduce costs for tools. The cost advantages of the proposed initiative will amount to 3.6 million rubles. The winners will be rewarded with 20% of the sum of the achieved effect. The potential cost advantages of replicating the innovative technology on the rest of the range of turbine blades in 2020 is estimated at over 15 million rubles.

Eight teams took part in the competition, one of which consisted of Power Machines specialists, the rest of which were representatives of third-party engineering companies. As a result of the first theoretical stage, two teams: "TekhProm", which specializes in the production of metal cutting tools, and a joint team of LMZ employees reached the final competition stage - production testing.