From October 2021, the Museum of History of Eleсtrosila Plant is open to not only employees, but to everyone. Guided tours are free, and tickets are available on the museum website. http://elsmuseum.ru/. 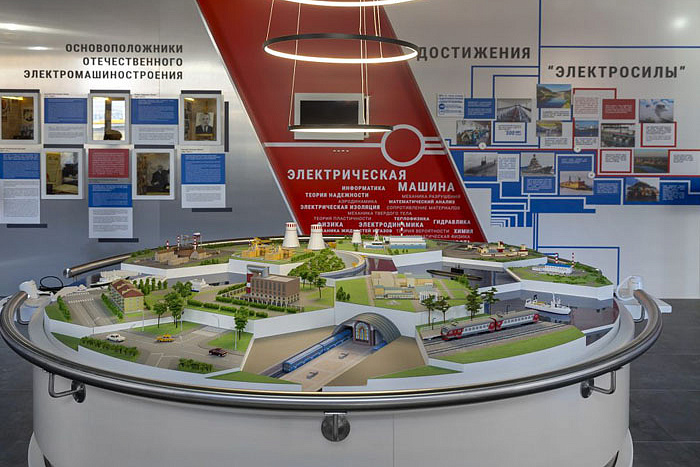 Currently, the museum offers two tours – a general tour about the history of the plant and a tour dedicated to the enterprise’s efforts during World War II, each lasting about 1 hour.

Tours are for the general public and will be insightful to those interested in the history of industry and St. Petersburg, as well as to students.

You can learn more about the museum and tour schedule on the website http://elsmuseum.ru/. We look forward to your visit!

Electrosila is an enterprise that has grown from a family business of the Siemens brothers who began their business in the middle of the 19th century on the Vasilyevsky Island of St. Petersburg and had telegraph workshops at the premises.

By the beginning of the 20th century, Siemens & Halske had grown into a business empire, including the plant at Moskovskaya zastava, which specialized in producing large high-current units. It was this plant that received a new name after the Russian Revolution of 1917 – Electrosila, and it was there that new high-power hydro and turbogenerators for domestic and foreign power plants were designed and created.

The Museum of Electrosila Plant History is a modern exhibition space that will be exciting for both adults and children. Here you can learn about the different periods in the company's history: from the appearance of an electric yard in the territory of the Winter Palace before the foundation of an All-Plant Research Bureau, from bold projects of the State Commission for Electrification of Russia (GOELRO) to participation in the development for the icebreaker and submarine fleets.