Leningradsky Metallichesky Zavod (LMZ) manufactured a hydraulic turbine adjustable-blade impeller for the last of six hydropower units of the Djerdap-1 HPP, which is being retrofitted by Power Machines. 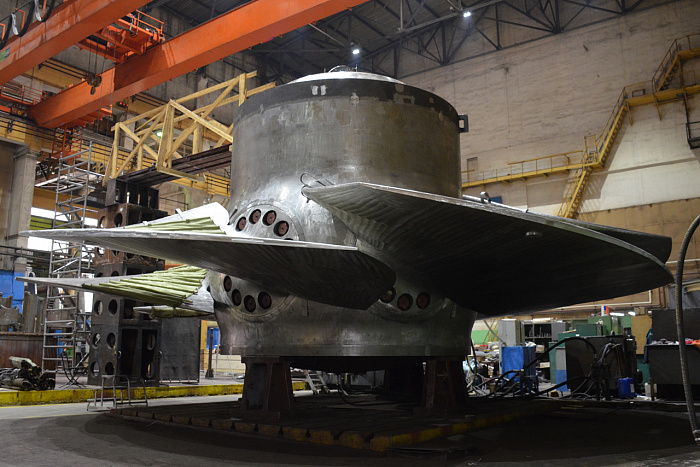 The equipment passed functional testing at LMZ, in accordance with the quality control plan, in the presence of the customer. The shipment of the impeller to the HPP site is scheduled for early July of this year.

The contract for the renovation of the main equipment of the six units of the Djerdap-1 HPP, ensuring increased capacity, was signed between Power Machines, Elektroprivreda Srbije and Iron Gate (Djerdap) Economic Society.

To date, five of six hydropower units have been commissioned. As a result of the work, the service life of each updated unit was extended by 30 years, and the capacity was increased from 174 to 201 MW.

The commissioning of the last hydropower unit is scheduled for Autumn 2022.

As part of the modernization, Power Machines, LMZ and Electrosila Plant manufactured new turbine and generator units, equipped the units with modern turbine controls and generator excitation systems. A portion of the equipment was modernized at the Power Machines production premises in St. Petersburg.

The former units of the Djerdap-1 HPP were manufactured in the 1970s by LMZ and Electrosila. Decades of successful operation of the units have ensured the Serbian party's willingness to the upgrades made by the original equipment manufacturer.