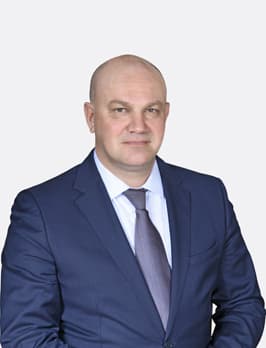 In 1993, he graduated from the A. S. Popov Higher Naval Academy of Radioelectronics. He continued his higher education, and in 2006 he received a degree in finance and credit from the St. Petersburg State University of Economics and Finance.

Beginning in 1993, he served in the military as an officer in the armed forces of the Russian Federation.

After graduating from the Northwest Academy of the State Civil Service in 2008, he worked as Deputy Head of the North-West Office of State Maritime and River Supervision.

Mаksim Аleksаndrovich started at Power Machines in 2014 as the Director of Special Programmes.

Since April 2016, he has been Deputy Director General for Operations and Director of Special Programs at JSC "Power Machines".

He is married and has three children.