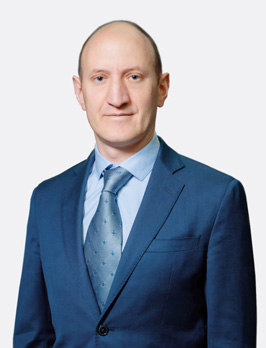 Alexey Igorevich was born in 1980.

He graduated from the Moscow Power Engineering Institute with a degree in Thermal Power Plants, and received his second degree at the Financial University under the Government of the Russian Federation with a degree in Finance and Credit.

He began his career in 2001 at the All-Russian Heat Engineering Institute as an Engineer. In 2004-2007, he worked in Technopromexport, JSC of WGC-5.

He has worked in Power Machines from 2019. Since August 2019 he has been the Deputy CEO - Head of the EPC Division of JSC "Power Machines".