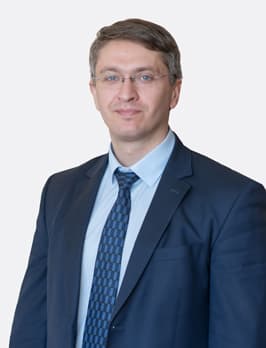 In 2004, he graduated from the Ural State Technical University with the specialties of "Gas Turbine, Steam Turbine Units and Engines" (engineer). He is a Candidate of Science.

From 2004 to 2010 - engineer-designer, head of the bureau, deputy head of the steam turbines department of JSC "Ural Turbine Plant".

From 2008 to 2010, was Head of the Business-Planning and Control Administration, where he was responsible for this area of the company’s Russian and foreign divisions. In 2010, was appointed Director for Finance of the Resource Division at Severstal, responsible for management of the assets relating to coal and iron ore mining.

In 2017, he joined the Power Machines JSC as the head of the engineering support department, and was later appointed to the position of General Designer at JSC Power Machines.